NICK KROLL says that nobody has more access to people in the comedy world than Jeffrey Gurian. Paul Provenza says you can’t really be a comedian if you don’t know Jeffrey.

WOODY ALLEN took the rare step of allowing an aspiring young comedy writer to meet with him backstage on Broadway, many years ago, when he was starring in “Play It Again, Sam.” Allen was impressed enough with the young writer to invite him to bring more of his work the next evening, and encouraged the young man to pursue his dream of writing comedy. That young man was Jeffrey Gurian.

Allen was the first to tell Gurian that his comedy was “very visual”, and urged him to think about adapting it to film. However it wasn’t until years later that Emmy award winning writer/producer ALAN ZWEIBEL, (Sat. Night Live, Gary Shandling, The Other Shulman), got Gurian started writing professionally. ZWEIBEL introduced him to his manager at the time, David Jonas, best known for having catapulted the late Freddie Prinze to stardom in “Chico and The Man.”

RODNEY DANGERFIELD was the first big star to use Gurian’s material and began using some of it on Johnny Carson’s Tonight Show. One night, after his standard, “I’m all right now, but last week was rough” introduction, he opened with Gurian’s line: “Just last week, I bought one of those whirlpools for my bathtub. The first night I used it, I lost three of my best ships,” and that started the ball rolling for Gurian. Later on, he used more of Gurian’s material on his album, “No Respect”, and in his nightclub act.

Since that time, Gurian can lay claim to having heard his lines uttered by literally some of the biggest names in the entertainment world, among them: JOAN RIVERS, PHIL HARTMAN, RICHARD BELZER, GILBERT GOTTFRIED, GEORGE WALLACE, ROBIN WILLIAMS, PAULY SHORE, DICE CLAY, MILTON BERLE (who was also his sponsor in The Friars Club), RICH LITTLE, DICK SHAWN, PAT COOPER, JAN MURRAY, FRANK GORSHIN, JIM MORRIS, HENNY YOUNGMAN, JERRY LEWIS…and those are only the comics! 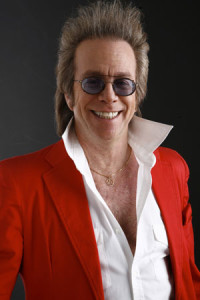 Impressing heavyweights in the entertainment industry with his comedic talent, has been Gurian’s “M.O.”. This has brought Gurian encouragement, and guidance along the way from industry legends like JACK ROLLINS, HERB SARGENT, and BILL PERSKY, who personally chose Gurian as the sole comedy writer, to work with him on a comedy project he directed for television.

Judy McGrath, former President of MTV, hired Gurian for a stint writing scripts for MTV on a show called “Friday Night Video Fights.” That led to a cover story in the “Style” section of the “newspaper of record”, The New York Times, as well as many appearances on radio and television, to discuss how he managed to combine two such diverse, yet successful full time careers.

He has written three films that got made.   The first was a Sony project that he wrote with Michael Ian Black of “Ed” fame, and Ben (Reno 911) Garant, both of MTV’s “The State.”  It was called “I’m Your Man”, and was the first interactive film ever made, which debuted at the specially equipped Sony theatre on Broadway and 19th Street, in Manhattan, where the audience pressed buttons at their seats to change the action of the film.

It was honored by being chosen the opening night film at the Taos, New Mexico Film Festival, and won for Best Comedy Feature at the Marco Island Film Festival, and the Valley Film Festival in Hollywood,CA.  It has also been seen at festivals in Oregon, Palm Springs, Reno, and Sonoma, CA.

Another film he wrote, “ I Am Woody”, is about a mob boss who’s obsessed with Woody Allen.  He survives a mob hit, comes out of it with amnesia, and now actually thinks he’s Woody Allen.  Only he’s 6’3” and weighs over 300 pounds.  He’s a huge Woody Allen, trying to function in the world of organized crime, which thanks to him, quickly becomes “dis-organized crime.”

Having written for the N.Y. Friars Club Roasts for many years, has made Gurian not only an authority on “Roast humor”, but also one of the best known Roast writers on the East Coast.

As a result, he wrote the book for Kensington/Citadel Press called “Filthy, Funny, and Totally Offensive –  Jokes So Dirty, Comedians and Entertainers Only Tell Them To Each Other”.

Gurian’s co-writer was journalist Tripp Whetsell, and Paul Provenza who directed the hit film “The Aristocrats”, penned the introduction.

Finally heeding Woody Allen’s sage advice from years before, Gurian wrote, and directed several short comedy films for the Toyota Comedy Festival, called The “Men Who” Series, about men who do very unusual things, like “Men Who Take A Pitchfork To The Movies” and “Men Who Enjoy Latin Dancing With Tools.”  Game of Thrones star Peter Dinklage starred in one called ” Men Who Dance Where They’re Not Supposed To” in which he gets arrested for dancing in a “No Dancing” zone!  That project coincidentally caught the attention of Allen’s longtime manager Jack Rollins.

Rollins called SNL and asked Herb Sargent to meet with Gurian, who said, “ I don’t even have to look at your stuff.  If Jack Rollins says you’re funny, you’re funny!”

Gurian also wrote a one hour NBC after school special called “De La Salle” based on a real school in New York City for gifted children who come from disadvantaged neighborhoods.

He also wrote and directed a play dedicated to action star Chuck Zito, star of HBO’s hit prison show “OZ”, entitled “A Punch In The Face” which examined the question of whether man is inherently violent.

He was a “reporter” for Weekly World News, where he was honored with his own column called “Gurian’s World of the Bizarre”, where he wrote stories like “Tap Dancing For The Criminally Insane”, “George Washington Wore Wooden Pants”, and “High Roller Wears Moustache Made Out Of Gold.”

He took those kind of absurdist stories and created GNN, (Gurian News Network), your source for “All The News That’s Fit To Dance To”, and also made them into animated films which were shown at the Cannes Film Festival in 2009.

Those films and more than 500 others, including celeb interviews with A-listers like Jimmy Fallon, Chelsea Handler, Jim Carrey, Amy Schumer, Nick Kroll, John Mulaney, Bob Saget, Amy Poehler,  and so many more can be seen on Comedy Matters TV, Gurian’s You Tube channel which has well over 2 million views. 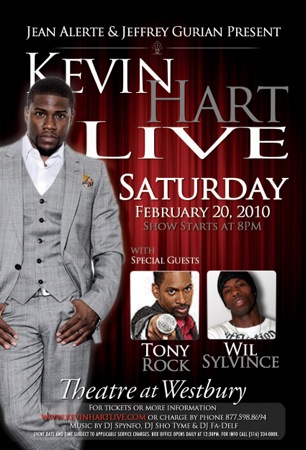 Jeffrey also produces comedy events like the blacktie event for 400 people that he produced in honor of Susie Essman, and a special charity event starring Kevin Hart which was a benefit for Haiti. He co-produced a sold out 3,000 seat comedy concert at Westbury Theatre on Long Island.  The featured performer was Tony Rock, and Wil Sylvince was the MC.

He’s written six books. Make “Em Laugh and Laughing Legends from Skyhorse Publishing were both about the 40 plus year history of the legendary NYC comedy club The Comic Strip, written with owner/founder Richie Tienken, that includes interviews he did with all the big stars who came out of that club, including Jerry Seinfeld, Chris Rock, Billy Crystal, Colin Quinn, Ray Romano, Susie Essman, Lisa Lampanelli, Jim Gaffigan and many more!  With a special introduction by Chris Rock.

He has been featured on many major radio and TV news shows, and is often seen as a comedy expert talking about things like the passing of famous comedians like Joan Rivers, and Robin Williams.

He holds the honor of being the first to be pranked with “Too Much Tuna” by Nick Kroll and John Mulaney on Commedy Central’s hit Kroll Show, and also shot scenes with Amy Poehler, Laura Dern, and Katy Perry.

He also co-produced and appears in a documentary film called “The Business of Comedy” made with Exec. Producers Gary Licker and Scott Sobel of Scott Entertainment, featuring such comedy notables as Robert Klein, Susie Essman, George Wallace, Budd Friedman, Rick Newman, Richie Tienken and many more!

He recently shot a scene in a new John Gallagher film called “Act, Naturally also playing himself, as well as a scene for HBO’s “Crashing” at the request of director Judd Apatow.

He was a regular on Sirius XM for two years on the Ron and Fez show as well as The Bennington Show, and he just hosted the 12th annual 2019 New York’s Funniest Reporter Show, for which he also coached NBC reporter Wale Aliyu on how to do stand-up comedy and Wale came in first place. It was Gurian’s sixth win in 12 years.

Gurian was a Cosmetic Dentist for many years and then went on to become an Assistant Clinical Professor in the Oral Medicine/Oro-Facial Pain Department at N.Y.U. College Of Dentistry.

Having been involved for many years in the esoteric art of “Healing through Touch”, Gurian uses a technique he developed which he calls “STAR” Therapy, explained fully on the Spirituality and Healing page of this website.

“STAR” is an acronym for Spiritual, Transformational, Affirmative, Resonance Therapy, and uses a combination of modalities like Shiatsu, Reiki, Applied Kinesiology, Chakra Balancing, and Intuitive Healing, to treat stress -related illness and Depression, with a TMJ causation.

He is also the only non-classically trained psychotherapist on the Board of The Association for Spirituality and Psychotherapy, a branch of the National Institute of the Psychotherapies, and he wrote a weekly online column on Stress Tips, for several years, for the Slim Fast company.

Gurian also periodically lectures on his Healing and Energy work, at Energy Psychology conferences in this country and in Canada.

Gurian also developed a cure for stuttering which he first used to cure himself of that affliction.   He now works with other stutterers all over the world, besides the USA, in South Africa, Israel, Paris, Sweden, New Zealand, and Russia, to teach them his technique for releasing themselves from what he refers to as  “the bondage of stuttering.”  It’s a mind-body Spirit technique and involves being able to change the way you think about yourself, and is also explained fully on a separate page of this website.

There is also a separate new website for Stuttering at https://www.stopstutteringnowgurian.com

It seems that no matter what happens, Gurian’s life continues to be split between at least two careers. He says, “I want my life to be about service, healing, Spirituality, and comedy, and somehow, I found a way to make them all come together. What nicer thing can you do for people than to make them laugh, and take away their pain?”