Last month we ran a contest for The Comedian Who Matters. One of the prizes was to perform in my late show at the legendary comedy club The Comic Strip, where I host on Sunday and Monday nights. 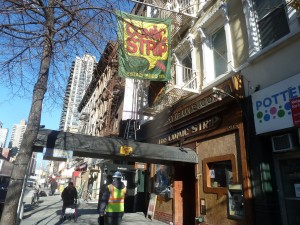 The outside of the legendary comedy club The Comic Strip open since 1976!

Most comics’ goal is to pass at The Strip, which was the launching pad for legends like Jerry Seinfeld, Larry Miller, George Wallace, Eddie Murphy, Chris Rock, Adam Sandler, Ray Romano and on and on and on! 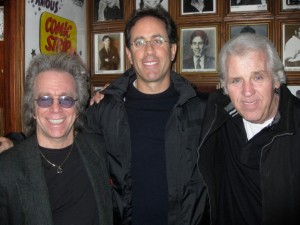 I am also doing the book on the 35 year history of the club, which will be out this year, and have already interviewed about 30 of the biggest stars to emerge from that club.

For this contest, I got many great submissions, some international as well, from as far away as India, (that’s how far people would come to perform at The Comic Strip!), and it was really hard to pick the finalists, but I did it with the help of my staff including my producer Sean Mannion, and comic Corinne Fisher who is amazing.

There were six finalists. To make it as fair as possible, I left it up to the public to decide the winner. Whoever got the most votes was the winner and that turned out to be Brett Eidman, (www.bretteidman.com) from upstate New York. 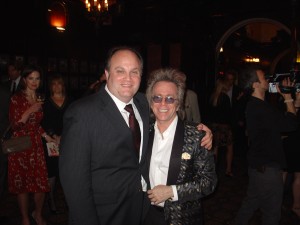 Jeffrey Gurian and Brett Eidman at The Friars Club at a party for Jeffrey’s book “Filthy, Funny, and Totally Offensive.”

I happen to know Brett for a while and they couldn’t have picked a more talented, nicer guy than him. Brett is an award winning comedian/writer/actor who is best known for his song parody of “Shaft, Barack Theme” which was played on thousands of radio stations and CNN.

Comedy bits from his CD, “What’s So F#@k’n Funny?” released on the Uproar Entertainment label, are played regularly on Sirius XM radio. A graduate of The Second City,in Chicago, Brett has been seen and heard on several TV and Radio Shows including “Saturday Night Live”, “Law & Order”, and “CollegeHumor”.

Brett’s one man show “One Angry Man” just completed a sold out run in NYC, and deserves to be touring nationally! 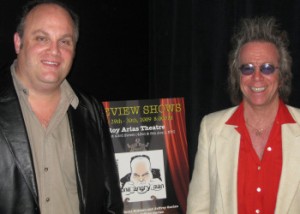 Jeffrey Gurian from Comedy Matters TV with Brett Eidman at his sold out show “One Angry Man!”

He’s fantastic at doing character work, and is currently taking meetings with major agents and managers!

So tomorrow night, Monday 2/20/12, is the night when Brett gets to perform at The Strip.

The Strip is located at 1568 Second Avenue in Manhattan between 81st and 82nd Streets. (212) 861-9386 You can arrive at 10:30 and not have to pay a cover charge if you mention Brett Eidman or Jeffrey Gurian. Brett will hit the stage first after I do my opening.

I hope you’ll all come out and support him! This is big!