I’ve interviewed lots of people, and lots of big stars, but one of the most exciting for me was the one I just did with Aubrey Anderson-Emmons, who plays “Lily” on Modern Family. I was out in LA acting in some sketches for Nick Kroll’s new show on Comedy Central coming up this summer, and I went to visit my old buddy Kent Emmons who created “All Comedy Radio” and owned National Lampoon Radio for a time. 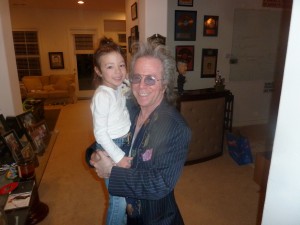 Jeffrey Gurian, holding Aubrey Anderson-Emmons. I don’t usually pick up the people I interview, but in this case I made an exception!

The last time I was out there was last July and his 4 year old daughter Aubrey was going for the audition for Modern Family. It wasn’t until I got back to New York that I found out she had gotten the role. It was so exciting!

As Lily, she plays the adopted daughter of gay couple Mitchell (Jesse Tyler Ferguson) and Cam,(Eric Stonestreet). In real life, Ferguson is openly gay, and Stonestreet is openly heterosexual!(LOL) 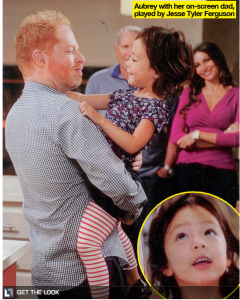 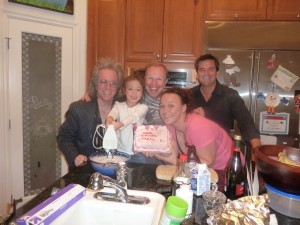 So this time when I went to visit Kent, I brought along my camera equipment, which I try to always have with me, and was able to get a really cute interview with little 4 year old Aubrey, who is so smart, and so well-poised. She knows me as “Uncle Jeffrey”, and she invited me on the set next time I’m out in LA! 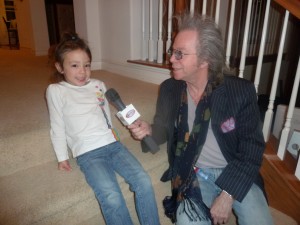 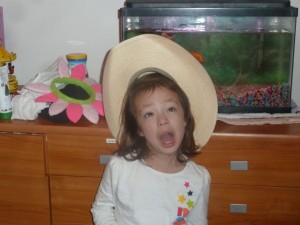 Aubrey Anderson-Emmons at home in her cowboy hat, singing for her Uncle Jeffrey!

I asked her if she’d introduce me to Sofia Vergara and she said she would. Sofia’s boyfriend Nick Loeb is an old friend, so I’m sure he won’t mind if I come and say “Hi!”! 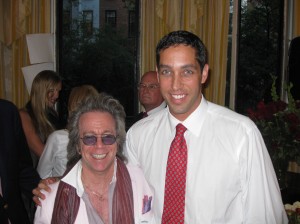 Jeffrey Gurian of Comedy Matters TV with Nick Loeb, a great guy who just happens to be the boyfriend of Sofia Vergara! They make an AMAZING couple!