The first time I saw Pete Davidson he was auditioning for the lottery show, a show they do at The Strip every Tuesday night at 10:30 P.M. to find new performers for the club. I remember them saying he was only 18 years old, and just out of high school! 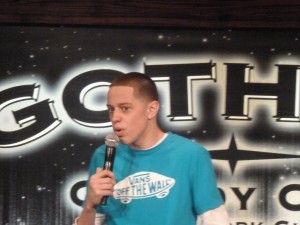 Just a couple of nights later, I’m at Nick Cannon’s New Faces Show at Gotham Comedy Club when who comes to the stage but Pete Davidson, and after Pete does a killer set, Nick announces that Pete is his protege. It couldn’t happen to a nicer kid.

Pete had no intention of going into comedy at such an early age. He lost his hero firefighter Dad Scott in the horror of 9/11. He had always been more interested in basketball, but in dealing with his loss, he went up on stage at a comedy contest on Staten Island, and hasn’t come back down since!

He came backstage at The Strip one night recently with his older buddy, comic Jordan Rock,(who’s 20!), while I was hosting Late Night, which I do on Sundays and Mondays, and told me he would be touring with Nick starting this month.

On January 12th, he, Nick, and Mike Epps will kick off the “Still Standing” tour at the San Manuel Casino in Highland, California. Nick is a quadruple threat performer and one of the nicest guys you could ever meet. Mike Epps is absolutely HILARIOUS! This should be some unbelievable show! 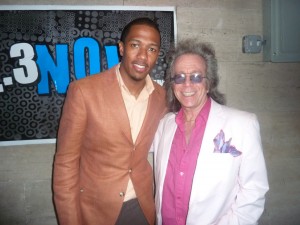 Pete is so funny, and it’s great to see someone starting their career so young. For myself, I never wanted to get famous in my 20’s. That meant I’d have to try and be funny for 60 or 70 years! Too overwhelming! I only wanted to have to be funny for 15, 20 years tops! 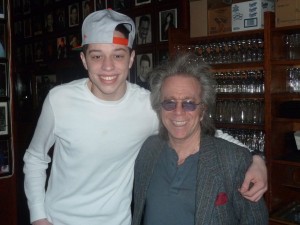 I like when he said he was looking for cougars in the audience and then asked if there were any 21 year old girls! Keep your eyes open for Pete Davidson. He’ll be doing some big things!!! One thing I know for sure, his Dad is definitely smiling down on him!

Also check Pete out in Nick Cannon’s blog at http://www.nickcannon.com/post/pete-davidson-911-laughter-best-medicine