The third annual Soho International Film Festival at the Sunshine Cinema Theatre on Houston Street, was amazing and had lots of star power.

Some of the celebs that showed up were Academy Award winner Octavia Spencer, multiple award winner Danny Aiello who was honored with a retrospective of many of his 90 films, Kevin Jonas of The Jonas Brothers who I kept calling “Nick”, as you’ll see in the video, Armand Assante, Eric Roberts, and Mike Starr who also starred in John Gallagher’s film “The Deli,” which celebrated it’s 15th anniversary since it’s release in 1997. 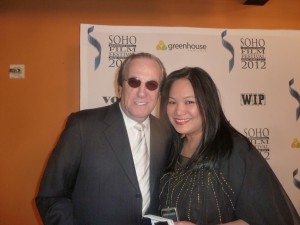 My old pal Danny Aiello, who looks fantastic, graced me with a 20 minute interview. I also got to interview Exec. Director Sibyl Santiago, about her background and how she’s helped the festival grow in the two years since she’s been there. 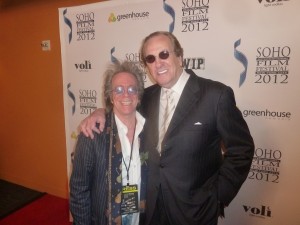 I kept accidentally calling Kevin Jonas “Nick”, which is his brother, because I’m in the process of producing another comedy fundraiser to fight Diabetes, and for the last month I’ve been focussing on trying to get in touch with Nick Jonas seeking his support, to ask him to be involved in some fashion, so I have Nick Jonas on my brain!

Kevin was there to support the film “Forgetting The Girl” which was produced by his wife Danielle’s brother. Kevin thought it was funny that I kept calling him “Nick”, as you’ll see in the video! 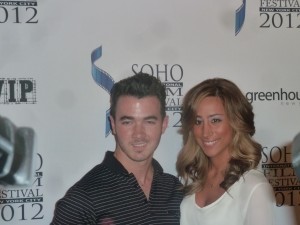 Kevin Jonas and his wife Danielle at the Soho International Film Festival! 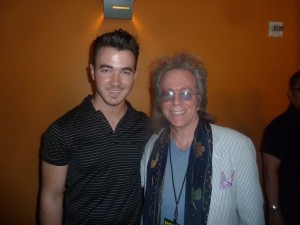 Jeffrey Gurian of Comedy Matters TV with Kevin Jonas, who I kept insisting on calling “Nick”!

Check it all out here:

For more on the festival with lots of photos check out the previous post at http://wp.me/p1pHIm-VJ