"In The Life" with Steve Stanulis

Steve Stanulis is one of those guys who does a lot of things. He’s an actor/writer/producer/director, and I met him originally through accomplished film director John Gallagher. 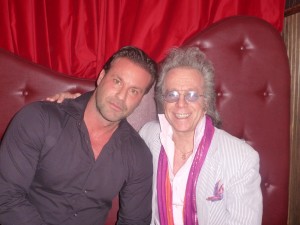 Jeffrey Gurian of Comedy Matters TV with actor/writer/producer Steve Stanulis at The DL, for Steve’s show ” In The Life”!

Both of us recently shot scenes for John’s new film called ” Act, Naturally” with his hilarious and talented co-stars Mia Pinchoff and Samantha Scaffidi. 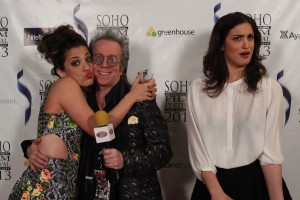 (L-R) Mia Pinchoff with the lucky Jeffrey Gurian of Comedy Matters TV, and Samantha Scaffidi on the red carpet of the shoot for the John Gallagher directed film “Act, Naturally!”

Steve has a very interesting and eclectic history. At 18 years of age he was a Chippendales dancer, who worked under the name Steve Savage at the popular Manhattan club on East 61st Street.

At 20 years of age he entered the NYPD as a police officer, and worked in police precincts in Manhattan before being assigned to the 120th Precinct on Staten Island.

During the day he chased perps and at night he chased other things, as he strutted his stuff at Chippendales. He retired from the force in 2002 to pursue his goals in show biz.

I recently got to interview him on the red carpet of the Soho International Film Festival, an interview you will be seeing very soon, and I also went to see him perform in a play he wrote called “Stripped : The Play” about his days as a male stripper.

He co-wrote the script with the director Geoffrey Cantor, and in it he plays a character named Brock Hammer!

He took it to Las Vegas and now it’s in it’s second incarnation.

Every Thursday he tapes a show called ” In The Life” at the nightlife hotspot DL on Delancey Street in Lower Manhattan, and I was on as a guest.

It was a really fun show to do, and the guest who was on before me was Jake Robinson, one of the stars of the CW hit “The Carrie Diaries”, which is supposedly the prequel to “Sex and the City.” 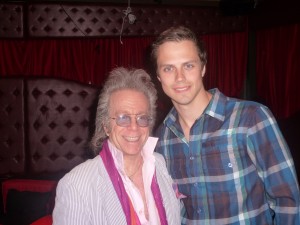 Jeffrey Gurian of Comedy Matters TV with Jake Robinson of “The Carrie Diaries” at The DL!

And in the final segment Steve interviewed the five new guys who will be in the new incarnation of “Stripped”, Steve’s hot play about male strippers. Only Brian, who admits to being 50, but is in killer shape, has been in it before!

I actually saw it and it was really good. I can’t wait to see the new incarnation! 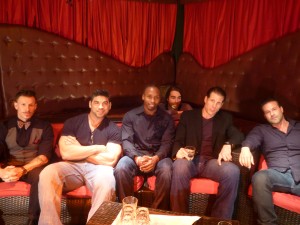