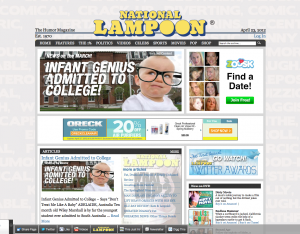 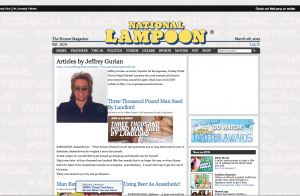 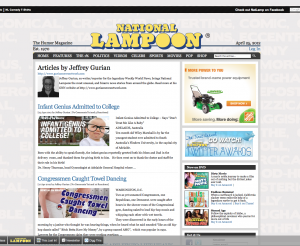 I was shocked to see in the NY Post that Mike Wallace had passed away. I really thought he’d go on forever. The last time I saw him in person was in 2004 when he featured me in an episode of “60 Minutes” focussed on mentalist Marc Salem called ” How Did He Do That?” 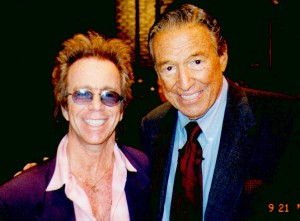 Jeffrey Gurian of Comedy Matters TV with the late Mike Wallace at The Lyceum Theatre for a “60 Minutes” special on Marc Salem, in 2004!

At the time Mike was 86, and I marveled at how good he looked. As you can see in the photo, he was tan and fit and really sharp, and I thought he looked like he was in his 60’s.

Marc Salem is a “mentalist” who had a show called “Mind Games” that is really beyond description, and Mike Wallace was determined to find out if he was on the level. I was in the audience to observe and had been invited by some PR person, who was involved with the show.

I was with a beautiful model named Sonya Gignac, and we both unexpectedly became the focus of the show. I even wound up in the video promo, which aired leading up to the show, and people from all over the country were calling and asking me why I was going to be on “60 Minutes”

I was in the audience as a journalist, to cover the show for my Comedy Matters blog, and Mike and I had known each other casually from The Friars Club.

Marc Salem does a thing where he stops his pulse, and Mike wanted a medical doctor to verify it. He asked the audience ” Is there a doctor in the house”, and no one responded. How rare is that? Literally not one doctor on the house! Obviously not a Jewish crowd! (LOL)

Then he said, ” There’s no one here with medical experience?”, and to save the day I was forced to “out” myself as a doctor, and was called up on stage. Mike was surprised to learn of my other life, since he knew me from the entertainment business. He greeted me warmly, and in between shots he grilled me as to what I thought was going on. 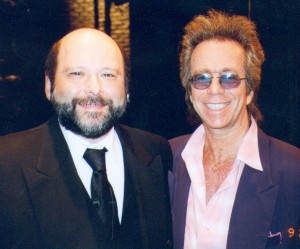 Jeffrey Gurian of Comedy Matters TV with mentalist Marc Salem who was the focus of a segment on “60 Minutes”.

I wound up assisting with a few different amazing things that Salem did, at one point sealing coins over his eyes with a bandana, and taking random objects from audience members that he identified, down to reading the driver’s license number off of someone’s out of state license, just by passing his hand over it. Truly incredible!

But it was when Salem claimed to have stopped his pulse that I really came in handy. I had been taking people’s pulses for years, … and had quite a collection of them at home! (LOL) But seriously, I was used to taking people’s pulses, so when I took his and suddenly it stopped, Mike asked me what I felt, and I told the audience that Salem had just passed away! It got big laughs.

Now unfortunately Mike Wallace has passed away, and no one’s laughing. He will be missed, and I’m so glad I knew him! R.I.P. Mike!