Michelle Slonim is an interesting woman. Not only is she a stand-up comedian, but she also does fun events to help Jewish people meet each other. She turned the ultra-hip Hotel Chantalle on Ludlow Street into a Kosher “meet-market” and the crowd was very good looking. Sometimes she incorporates comedy performances into her events.

Michelle Slonim with Isramerica and Date My Jewish Friend produced this fun event!

I ran into Gabe Waldman there who owns the great comedy club Stand-Up New York on West 78th Street, which has recently been totally remodeled. Stand-Up gets great stars, and recently had a big write-up on Page 6 for having Chris Rock stop by to rehearse for the Oscars. Check it out at http://www.standupny.com 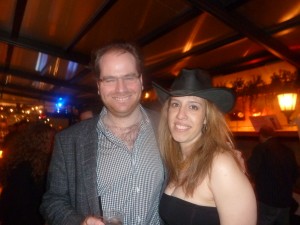 Michelle will be doing a comedy event this coming Friday March 9th. Check it out! 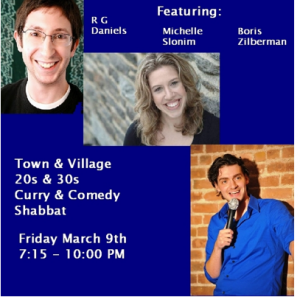