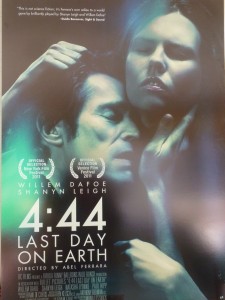 The film poster for Abel Ferrara’s 4:44 in theatres near YOU!

I don’t usually like to do anything of consequence the day before I leave on a big trip, but the day before I was set to leave for LA, to shoot some sketches with Nick Kroll, and John Mulaney from SNL, for Nick’s new show on Comedy Central, I got the opportunity to interview famed director Abel Ferrara, and actors Shanyn Leigh, and Willem Dafoe for Abel’s new film 4:44, about the end of the earth.

I had to do it! First of all, Abel is an old friend and I hadn’t seen him in a while. And second of all I didn’t want to miss an opportunity to meet Willem Dafoe, whose work I’ve always respected. 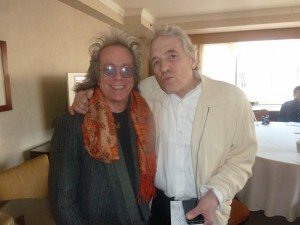 One of the last times I recall seeing Abel was at a great Italian restaurant called La Mela owned by a dear friend of Abel’s named Frankie C. I just happened to have a shot of us together that night, which is a cool reason to ALWAYS take photos wherever you go! 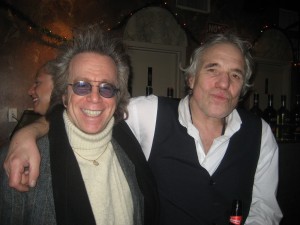 Frankie C. has since passed on, but Abel, Shannyn, and I were there to celebrate some film event. Probably of Abel’s! (LOL) I think he was working on a project about The Chelsea Hotel at the time!

Abel always gets a strong cast of people. Good actors respect his work, and the list of his films is impressive, like “The Funeral”, “King of New York”, and “Bad Lieutenant.” He’s worked with Harvey Keitel, Christopher Walken, and Willem Dafoe just to name a few.

Natasha Lyonne was also in 4:44 and I was hoping to see her again since I did such a fun interview with her a few months ago. It was at a New Group event honoring Wallace Shawn, but I lost her contact information and was never able to send it to her! Unfortunately she was not able to attend this interview session. 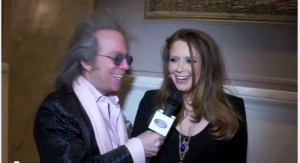 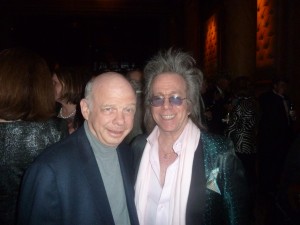 I really liked 4:44, even though the concept was “scary”, to use a childish type of word! (LOL) The entire world has accepted that it will end at 4:44 A.M. the next day and that there’s nothing that anyone can do about it. It shows how people spend their last night alive, particularly a couple who live on the Lower East Side, played by Willem (Cisco) Dafoe and Shanyn (Skye) Leigh. It’s a very wild concept, and Abel’s take was very realistic. People are confused. They don’t know how to react because they’ve never had to face certain death before! (Who has??? LOL)

It doesn’t seem real. It’s all going to happen instantaneously, and as a director, I was fascinated by his creative choices, all of which I liked. He also showed some fantastic news-type footage of people gathering in places all over the world, in candle-lit ceremonies, very often to pray, as in the throngs that were shown in St. Peter’s Square.

It also examined the theme of sobriety, since Cisco has been clean for two years, but in the face of certain death contemplates “picking up” and actually goes to score some drugs. I won’t give away what happens, but it’s powerful.

Abel was surprised to see me, and after the press thing we got a chance to hang out and catch up. It was funny when I went to interview Shanyn who besides being a talented actress is also Abel’s girlfriend, she looked at me and said, “I know you!”, and I reminded her that I was an old friend of Abel’s and that we had met before socially!

Willem Dafoe is such a great actor and I was very glad to have the opportunity to meet him. 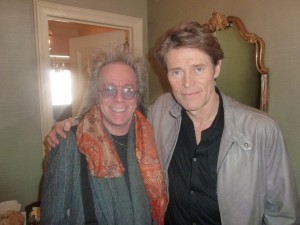 Jeffrey Gurian of Comedy Matters TV with Willem Dafoe at The Regency Hotel for 4:44!

There will be a video interview to go with this as soon as I get it edited, but in the meantime, go see the film. It just came out, it’s in the theatres, and it got good reviews. I liked it a lot, and I’m sure you will too. It’s a reminder to treasure every moment!