Spectacular Evening at Sotheby’s for 20th Anniversary of ACE

It was 20 years ago that social activist Henry Buhl created ACE which stands for “The Association of Community Employment Programs for the Homeless” with the help of people like Tony Goldman,a real estate magnate, who’s also responsible for building up a lot of South Beach in Miami. 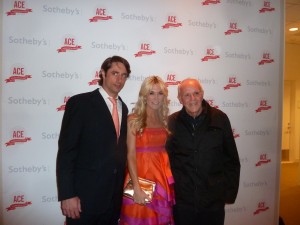 Last night there was a gala event honoring ACE’s work over the past 20 years as well as honoring Russell Simmons and international opera star Jessye Norman.

I was covering the red carpet so I was really hoping to see and interview Russell, who I hadn’t seen since we honored Brett Ratner at The Friars Club some months back, but unfortunately he was detained in arriving. 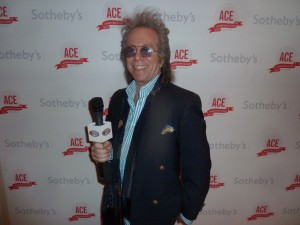 Jeffrey Gurian of Comedy Matters TV ready to man the red carpet at Sotheby’s for the 20th anniversary gala of ACE,, to assist the homeless! 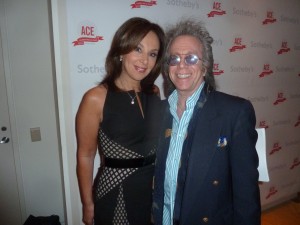 I did get to see and interview Henry Buhl, Sara Herbert-Galloway who was one of the esteemed hosts,(and a friend!), Jessye Norman, who couldn’t have been nicer, Rosanna Scotto, the anchor from FOX’s Good Day New York, Prince Lorenzo Borghese who I hadn’t seen in quite a while and who was there with Tinsley Mortimer, my old dear friend Countess LuAnn DeLesseps from The Real Housewives of New York City, who was there with her boyfriend Jacques Azoulay, two other old friends Dr. Judy Kuriansky the famous sex therapist, and Mary Sliwa, ex-wife of Curtis Sliwa, and one very special interview for me, with Aviva Drescher one of the new women on Real Housewives of NYC. That was a real treat! 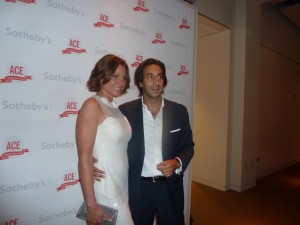 Countess LuAnn DeLesseps with Jacques Azoulay on the red carpet at Sotheby’s!

Jessye Norman was passionate about helping the homeless, and about Henry Buhl’s work over the past 20 years. 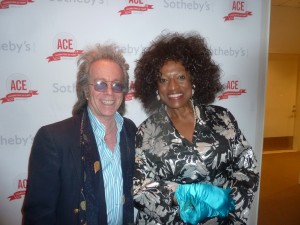 Lorenzo and I caught up on old times and he was shocked that I remembered the name of his line of pet products, Royal Treatment! It always amazes me what I do remember because very often I remember nothing at all! 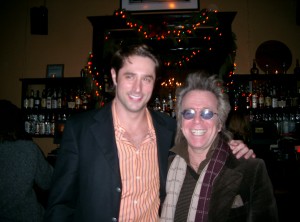 Jeffrey Gurian of Comedy Matters TV with Lorenzo Borghese at a party back in 2006!

And Tinsley Mortimer and I had a good laugh about the first time we met in of all places, a McDonald’s. You’d have thought maybe The Four Seasons, or Nobu maybe, but no, … it was McDonalds. It was very late at night and we were both hungry and on line for a snack! She has a new book just out for a month called “Southern Charm” and one day soon we’re going to sit down and shoot a little video interview about it for Comedy Matters TV!

Countess LuAnn and I always have something to laugh about together! We just look at each other and laugh! We’re friends since the 80’s, when she was still a nurse and a model, and we had lots of fun times together. It wasn’t that long ago when she was interviewing me on Plum TV in the Hamptons. I’m so happy for her for all of her success, and for being with Jacques who’s such a great guy, but could have been a little more creative with his name! (LOL) 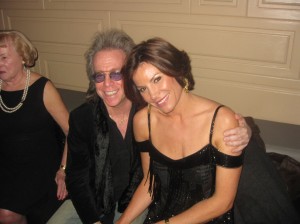 Jeffrey Gurian of Comedy Matters TV with Countess LuAnn DeLesseps at one of the opening parties for “Real Housewives of New York City”! ( Her Mom is next to us!) 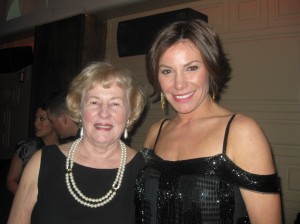 Countess LuAnn DeLesseps and her beautiful Mom at a Real Housewives party!

Who would believe a French guy named Jacques? It’s like an Italian guy named Carmine! Or a Jewish guy named Sol! Not very creative! (LOL)

Anyway, I suggested to LuAnn that we do a comedy thing on Housewives, like some kind of comedy event, and we’re going to discuss it!

But I’d have to say my interview with Aviva Drescher was the highlight of the evening for me. I asked her about her charity “One Step Ahead” and she complimented me on my preparedness, which led to such a heartwarming interview on people overcoming obstacles in their lives. 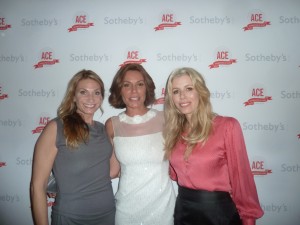 Aviva is an amputee which you would have no way of knowing unless she told you. She’s a gorgeous woman with a super personality, and a handsome husband with four beautiful kids. When she was six, she lost her left leg in an accident at a friend’s house. But she never let it get the best of her and I admire people so much for that. Because not everyone rises above difficulties like that. Some people let it overwhelm them.

And she shared with me that when she was younger she thought she might never get married or have children, but fortunately none of that was true. I was able to share with her my own story of overcoming obstacles, of which I feel there were many. None as serious as the loss of a limb, but I was a very severe stutterer until I was in my 20’s.

My parents took me for speech therapy but no one was able to help me. One day I realized that I did’t stutter when I was alone, only when I tried to speak to someone else. That basically told me there was really nothing wrong with me, and I vowed to cure myself. I was determined not to go through the rest of my life as a stutterer.

For the next two or three years I became obsessed with curing myself, and as I look at it now, I was given the Grace to figure out how to stop. I now work with other stutterers to teach them how not to stutter. I love doing that kind of work.

So Aviva and I had an instantaneous bond,and I can’t wait to see her again!

You’ll see it all when the video is edited!

And all of this glitz and glamour was thanks to the team at Oui 2 PR, Rob Goldstone and David Wilson who are both so humble and hate to be recognized, but the truth is they do A-1 events, that are well organized, and I for one appreciate that, and believe in giving credit where credit is due! So there!!! (LOL)