My Special Night With Paul Williams

I didn’t even remember what a fan I was of Paul Williams until I saw the Stephen Kessler directed documentary film about Paul called “Paul Williams Still Alive”, thanks to the people at Brigade Marketing. 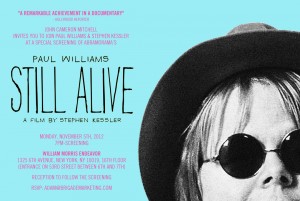 For anyone under 40, Paul is an Academy Award-winning American composer, musician, songwriter, and actor. He is perhaps best known for popular songs performed by a number of acts in the 1970s including Three Dog Night’s “An Old Fashioned Love Song”, Helen Reddy’s “You and Me Against the World”, David Bowie’s “Fill Your Heart”, and the Carpenters’ “We’ve Only Just Begun”.

I know Chuck Negron the lead singer from Three Dog Night from back in the day, and still see him occasionally. I actually got to harmonize with Chuck on the corner of 170th Street and the Grand Concourse, where we used to sing acapella doo-wop music down in the subway station to get an echo chamber going.

Back in the 70’s and 80’s Paul was such a huge TV star appearing on every major talk and variety show. He even wrote the Muppet Song “Rainbow Connection”!

But sometime in the 80’s he kind of dropped out of sight. It seems he fell victim to drugs and alcohol, which seems to affect many sensitive and creative people.

Creative people tend to be highly sensitive to everything around them, and they internalize what they experience, which is often overwhelming. It can be confusing and can cause fear, and a general uncomfortability, and when people feel things like that, they naturally look for something to take that feeling away.

Alcohol, and other substances can feel like they do the trick for varying amounts of time, until they start working against you. Once that happens, your life begins to spiral downwards, like the water going down the toilet, and that for many people is their “bottom”.

Thank goodness Paul Williams found sobriety, and that’s a lot of what this documentary film is about. Stephen Kessler did a very sensitive portrayal of Paul who obviously trusted him enough to let him follow him around for quite a while to make this insightful film. 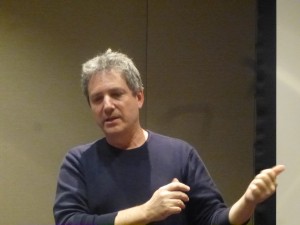 He first encountered Paul at an event in Vancouver, I believe, and approached him with the idea of doing this film, and then kept after him until he gave in. Perseverance often pays off!

Paul watched it with us, and as he viewed himself on various talk shows during his “active” period, he said he was struck by the ego and arrogance that he displayed. After 22 years of sobriety, that is not who he is now. 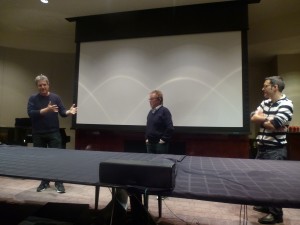 He’s now a man who exudes a sense of comfort with who he is. He owns a serenity that only comes with double digit sobriety.

He greeted me warmly when he saw me, and made a point of thanking me for coming. I was able to give him a copy of my new book with Chris Rock, and tell him what a fan I’ve been all these years. It was a special moment. 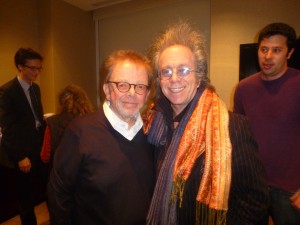