SNL Show to Benefit Victims of Sandy at The Comic Strip

This Sunday night,11/18, at 8:30 P.M. cast members from SNL plus Judah Friedlander from 30 Rock will be performing at The Comic Strip on 81st and 2nd to raise money to benefit the victims of Hurricane Sandy. 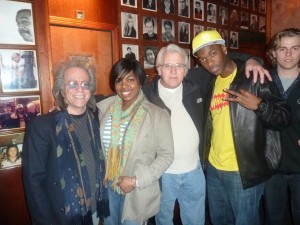 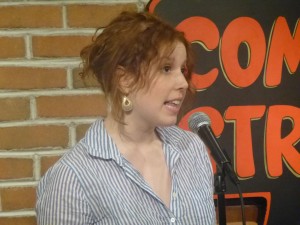 Vanessa Bayer on stage at The Strip! 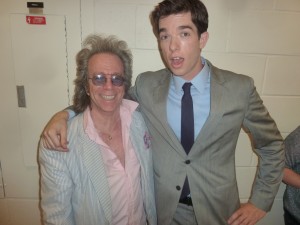 Jeffrey Gurian of Comedy Matters TV with John Mulaney of SNL after taping his comedy special at The Skirball Center! 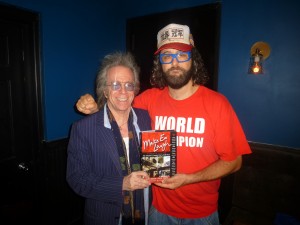 Judah Friedlander of 30 Rock holding the book “Make ‘Em Laugh” on the history of The Comic Strip, with author Jeffrey Gurian!

Admission proceeds will be donated to New York Cares to help further the work they have done to aid victims in areas devastated by Hurricane Sandy and the subsequent Nor’easter.

RAFFLE: We’ve received great product donations that will be raffled off to attendees at the benefit. Prizes include: Tickets to Late Night with David Letterman; Personal Training Sessions at Equinox; Restaurant Gift Cards; Beauty Makeover and Consultation with Celebrity Makeup Artist; Free Night at The Comic Strip, an autographed copy of “Make ‘Em Laugh” the new book by me and Richie Tienken on the 35 year history of The Strip, with an intro by Chris Rock, and more.

In case you haven’t already seen it, this is a video of Jay Pharoah reading Chris Rock’s introduction in Chris Rock’s voice for JB Smoove and others at the Just for Laughs Festival in Montreal this past July.

Admission price is $50 plus a two-drink minimum per person. Reservations are required 212-861-9386. Tickets may be purchased at http://comicstriplive.com/

Let’s all come out for this fabulous show and opportunity to help out! This storm affected all of us whether directly or indirectly.

***If you are unable to attend the show, please consider donating: http://www.crowdrise.com/comicstriplive ***